101: The History of Beer Canning 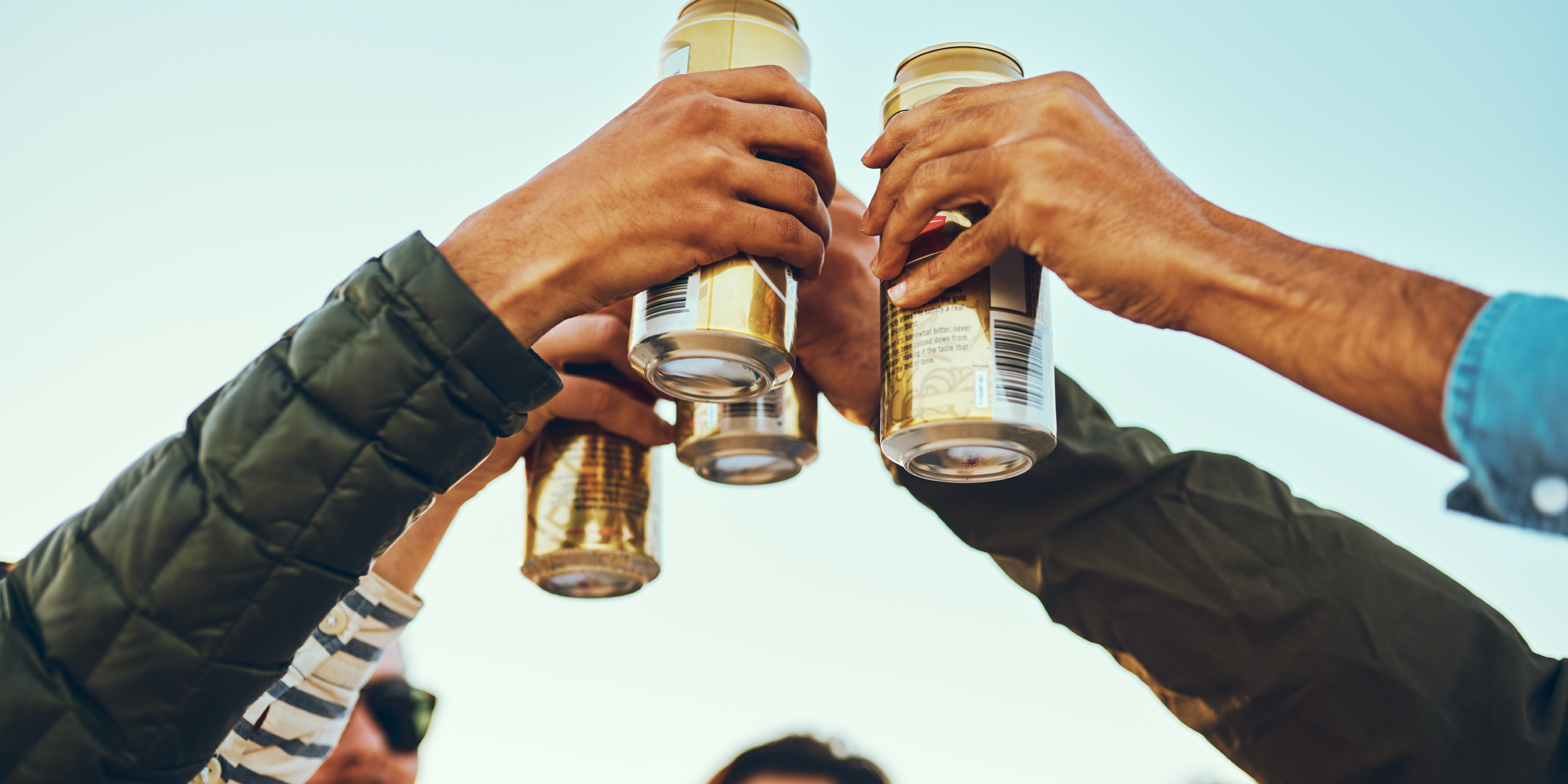 There’s nothing quite like cracking open a cold can. The sound of an aluminum pop top is instantly recognizable by people of all ages, all over the world. But the can we’ve grown familiar with today hasn’t always been the preferred container for our favorite beverage.

Though beer has been around for nearly 10,000 years, up until the late 19th century, it was drunk flat and at room temperature and stored in barrels, casks, and jars. So how did the can get its start, and when did it become the can we know today?

The Early Days of Canned Beer

The first cans were invented in 1810, but they couldn’t be used to hold beer. The carbonation in beer — a natural side effect of the fermentation process — creates pressure more than twice that of a typical car tire, and beer cans would often rupture in storage and transport. Worse still, manufacturers hadn’t figured out how to line their cans to keep the metallic taste out of the contents, impacting the flavor and limiting shelf life.

In 1923, the American Can Company solved both problems, and by 1935, the first cans of Krueger’s Finest Beer and Krueger’s Cream Ale went on sale in cans in Richmond, Virginia. Drinkers said it tasted closer to draft beer than any other container and distributors loved how easy it was to stack and transport, so cans caught on quickly.

The Evolution of the Beer Can

The first run of Kroeger beer cans were simple cylinders an eighth of an inch thick that weighed nearly four ounces — more than eight times the weight of a modern beer or soda can. They also had no opening mechanism, requiring a sharp device known as a churchkey to make a hole and access the contents.

In 1935, “cone-top” cans entered the picture. They bore a cone-shaped top and a standard bottle cap, which meant they could be filled on existing bottling lines designed for glass bottles, which made it much easier for existing bottling companies to break into the market for metal cans.

In 1963, the pull-tab can was invented, featuring a ring that users could pull on to remove a tab and create an opening in the top of the can, no tools required. The pull-tab was revolutionary for can drinkers, allowing them to bring and open cans anywhere they wanted.

Unfortunately, pull-tabs became an enormous littering problem almost immediately. Children cut their feet on them in the sand and in parks. They piled up in gutters. Animals ate them. Occasionally, drinkers would drop them back into the can to avoid throwing them away, but choke on the tabs themselves.

Luckily, their reign was short. In 1975, the “stay tab” that we know today was invented, allowing can drinkers to open their own cans without tools and without generating the irritating litter of pull-tabs. The stay tab design has evolved slightly in the last 50 years, but the basic idea is now the dominant design for nearly every can sold today.

The Benefits of the Can

Beer has been in cans for nearly a century, but the craft beer movement has been surprisingly reluctant to adopt cans. Oskar Blues in Longmont, CO, was the first craft beer company to can its beer in 2002, but for years, beer drinkers thought of cans as cheaper and less appealing than glass bottles.

The advantages of canning are substantial. Obviously, they’re much less fragile than glass bottles. Beer drinkers also love the ability to bring cans into a lot of areas they can’t bring glass bottles — swimming pools, parks, camping areas, and so on. Distributors prefer cans, too. They’re more durable, easier to stack, and much lighter than bottles — a case of 24 12-oz. bottles weighs nearly ten pounds more than the same number of cans.

Cans are also better for the product. The lid is a more durable seal and aluminum is completely opaque, shielding the contents against contamination and damaging UV light to a much greater degree than a bottle.

Craft beer might have been slow to adopt cans, but a 2018 Nielsen survey predicts that craft beer will outsell bottles by 2021. If you’re a brewer of craft beer, soda, kombucha, or even coffee, you can’t afford to let the evolution of beverage packaging get away from you.

Twin Monkeys offers a wide range of canning machinery, from the ultra-compact Mancos to the versatile Cimarron system, to accommodate any of your canning needs without breaking the bank or requiring a massive canning facility. If you’re ready to start your own canning line, get in touch with Twin Monkeys today.

Should Your Brewery be Canning Crowlers?
June 11, 2021

4 Tips For Reopening Your Brewery As Customers Return
May 6, 2021
Go to Top